Triumph Foods is pleased to announce it has named Matt England as President and Chief Executive Officer. A longtime executive at Triumph Foods, England was promoted from his previous role as Chief Operations Officer. 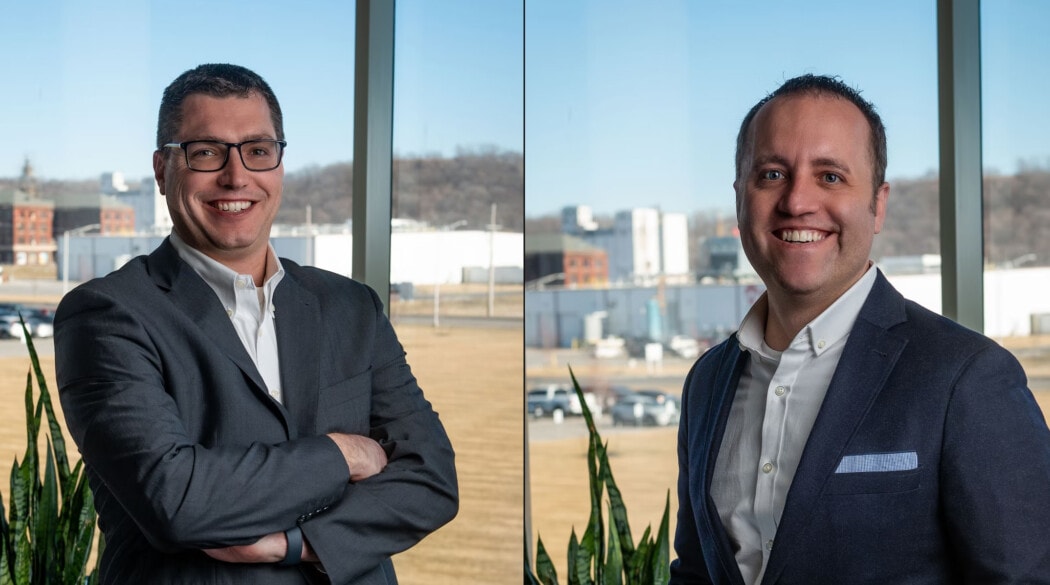 ST. JOSEPH, Mo. (Feb. 17, 2022) – Triumph Foods is pleased to announce it has named Matt England as President and Chief Executive Officer. A longtime executive at Triumph Foods, England was promoted from his previous role as Chief Operations Officer.

“It is an honor to be named president and CEO for Triumph Foods,” England said. “This is an exciting time for the company. We are making strides as a local employer that provides meaningful contributions to the community and where all of our team members can have excellent careers. Together, we’re moving forward to write Triumph’s next great chapter.”

England joined Triumph Foods in 2006 as Director of Strategic Planning. Since then, he has served as Chief Integrated Business Strategy Officer and then as Chief Operating Officer. He began his career as an accountant for a regional firm based in Kansas City. England graduated from the University of Nebraska with a degree in Business Administration.

As part of the leadership team transition, Triumph Foods has also named Josh Kleinlein as Chief Financial Officer. Kleinlein joined the company in 2016 as Vice President of Finance and Accounting. Prior to Triumph Foods, Kleinlein worked as an auditor at KPMG, advising Fortune 500 clients on creating more efficient and competitive practices. He is a graduate of Northwest Missouri State University and a Certified Public Accountant.

“Triumph Foods operates a state-of-the-art facility and we are committed to continue using technology combined with the best people to ensure the safest, highest-quality pork available,” said Kleinlein. “I’m thrilled to collaborate with a team that continues to set new standards for our industry.”

Mark Campbell, Triumph’s prior CEO, will continue with the company  as Executive Vice President, Business Development.

“Under Mark’s service, Triumph has grown to become a leader in our industry,” England said. “Today, we’re in a position of strength as we feed the world and continue to expand a leading St. Joseph-based company.”

Founded in 2006, Triumph Foods is located in St. Joseph, Mo., and is one of the only  producer owned pork processors in the United States. A responsible corporate citizen and leading local employer in the Northwest Missouri region, Triumph Foods employs a workforce of more than 2,500 that processes more than 5 million hogs annually. Today, Triumph Foods remains true to its commitments to its team members, customers, shareholders and communities. For more information, visit triumphfoods.com.

We Are Triumph Foods

Are you ready to work with us?